Fuerza Bruta to debut at Limerick City of Culture 2014

Top Argentinean act Fuerza Bruta are coming to Limerick with their spectacular show for Limerick City of Culture in Ireland for the first time. 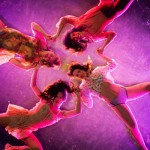 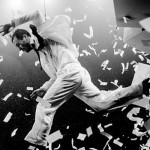 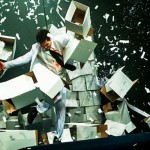 Described as ‘an event where worlds collide and reality takes a back seat’. Music is provided by Limerick’s finest musical talents Leading Armies and DJ Paul Webb to get the beat and pulses moving, multimedia art installations created by local students from LSAD, LIT and UL. The audience are promised to be “engulfed in a 360 degree spectacle featuring mind-blowing visual effects”. Large pools of water containing beautiful semi-clothed women will be lowered from the ceiling just inches above the audiences head, so close that you can touch and communicate with them; a man running full throttle on a giant treadmill, bursting through a series of moving walls; performers suspended in mid-air surrounded by a vast sea of Mylar; and gorgeous women twisting ethereally in a Lucite pool above the audience. 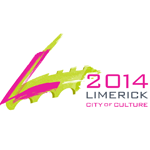